The twelfth and final sign of the zodiac is Pisces. Due to this, people born under Pisces have many qualities of all the signs before them. These people are spiritual, selfless, and focused on their inner goals. They also are very attuned to their emotions, as feelings basically define this zodiac sign. It is common for Pisces-born people to be in tune with their emotions as well as the inner feelings of others. They have an exceptional intuition and are often thought of as dreamers.

A pair of Fish is the symbol of Pisces, which means that these people don't make waves and "go with the flow." They are easy-going people, coming from their mutable quality. The two fish in this symbol also represent a yin yang sensibility that Pisces-born possess.

Jupiter and Neptune rule Pisces. In Roman times, Jupiter (the original planet of Pisces) was the king of the gods and Neptune was king of the seas. When Neptune was discovered recently, it was associated with this sign. These two planets paired together result in very unique energies in the Pisces zodiac sign. These people are charitable and spiritually oriented. They are very compassionate and can easily sympathize with others. However, Pisceans may have trouble distinguishing fact from fantasy as they mix their dreams with reality. A Pisces is likely to wear rose-colored glasses.

Being a water sign, Pisceans are aligned with their emotions and can easily relate to the troubles of others. These people feel things deeply and are misunderstood often. They aren't neccessarily pushovers, but they are quite sensitive at times. Nevertheless, Pisceans excel in their imaginative nature and take joy in helping others.

If a Pisces is feeling lost, it is likely for them to fall into procrastination and lethargy. When this occurs, it is important for the Pisces to take time off and center themselves. It is common for these people to use the arts and other creative endeavors to achieve this.

As this sign switches between reality and non-reality in their thoughts, Pisceans have an almost psychic nature. Their conscious and unconscious dreams gives them a very strong intuition. Because of this, it may be hard to pin down a Pisces, some may even consider them the chameleons of the zodiac. They don't mind being considered hazy, since that gives them a sense of stability in their dreamy world.

Pisceans often put others before themselves, as they possess strong compassion and charitability. They see self-sacrifice as a part of their nature. People born under this sign may also be very romantic, and are often seen as gentle and easy-going. They are modest, but this attitude may let others to take advantage of them. It also is important for Pisceans to focus on their feet, for this may be a frequent source of discomfort for them.

Overall, the Pisces zodiac sign is intuitive, compassionate, chartiable, and easy-going. They win others over with their strong sensibility of feeling.

Doesn't resonate? Everyone has multiple signs affecting aspects of their lives. Calculate your personal birth chart to find out more. 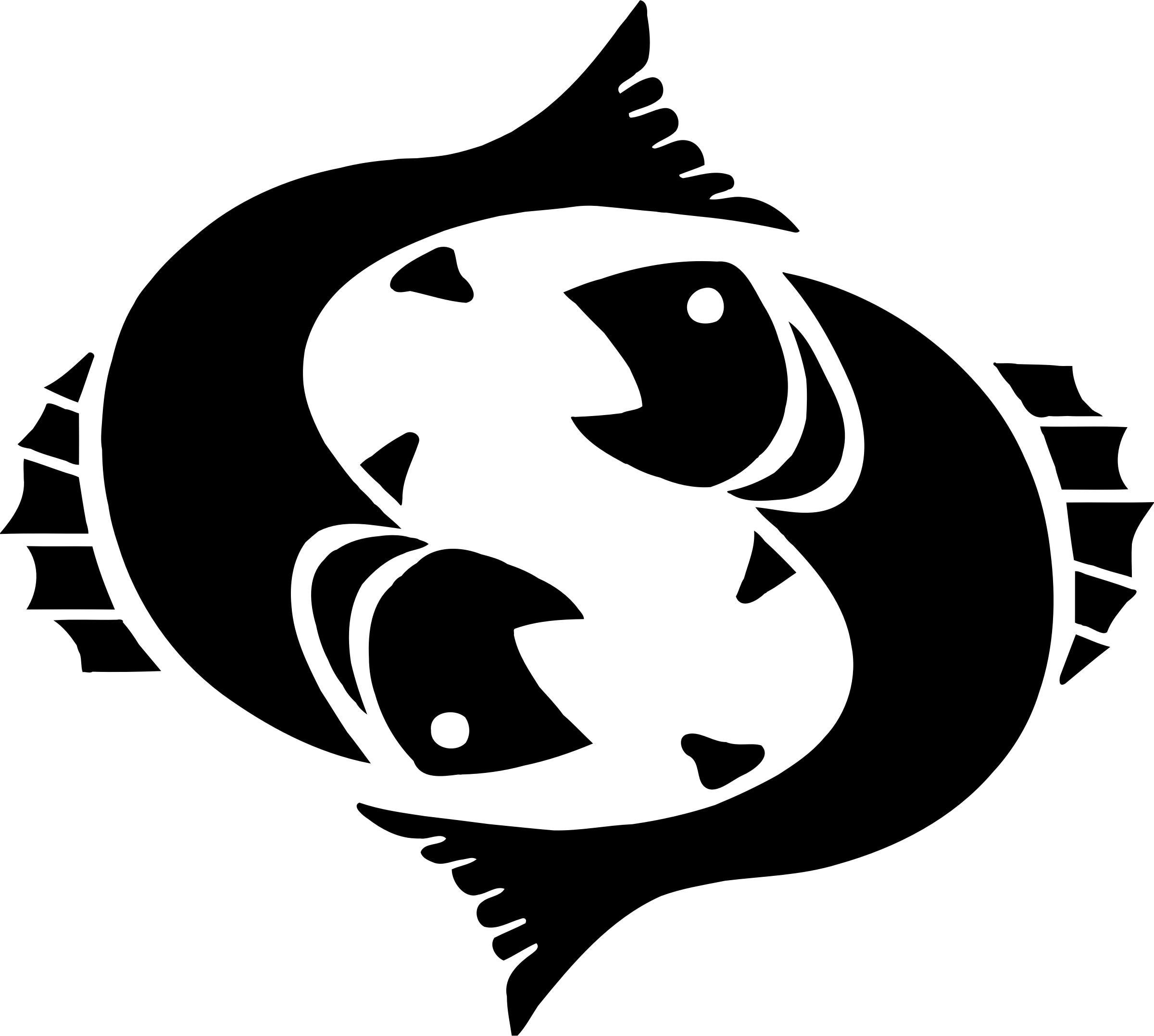 Pisceans are very romantic. In theory, they love to be in love. Neptune, the planet of fantasy, rules Pisces, so these people want to be swept off their feet in relationships. In love, Pisceans make all their gestures have a feeling of magic and fantasy within them. They are sensitive, gentle, and nurturing.

With a pair of Fish swimming in opposite directions as the symbol of Pisces, this equates to how they love. Pisceans want a balance of security and freedom all in one package. They may be very realistic one moment, then eager to escape into the world of dreams next.

Commitment may be hard for this sign because the reality of it makes them shy away. Pisceans secretly enjoy relationship drama because it engages their dream-like thoughts. This may confuse their friends a lot, but once the Pisces dumps someone, they are quick to swim to the next partner.

Pisceans can be their own worst enemy in romance, since its planet is the ruler of the underworld and it rules the twelfth house of trouble. Because of these placements, Pisceans may be drawn to people with emotional baggage - tortued souls, grungy artists, people that have dark emotions. With the strong compassion that Pisces possesses, these people are attracted to those with a sob story.

Neptune's placement in this sign also makes reality hazy for Pisces. These people may be unsure of whom to trust or what to believe, possibly leading to bad decisions. It is important for this sign to step back for a reality check before they make big commitments in romance.

People born under this sign must learn to assert themselves. They should be direct with their partners and avoid being quiet or passive-aggressive when something is wrong. Not everyone has the intuition that these folks have, so they must share their feelings with their partners. Pisceans may also find the pursuit of relationships more fun than the catch, so it is crucial these people don't get lost in the chase. Though this sign's intuition helps them understand the pain of others, there are more ways to fall in love than bonding over misery.

The creativity, drive to improve the world, and love for all makes this sign a complete catch. As long as the partner of a Pisces can bring as much magic and dreamy thoughts to the relationship as the Pisces does, a strong partnership is probable.

Pisceans are most compatible with Cancer, Scorpio, and Capricorn. Read more about zodiac compatibility here.

Pisceans are very loyal and supportive in friendships. The kindness and compassion they demonstrate make them great friends and family members. This sign will be the first to know when their friends are upset and will always put the needs of others before themselves. In crisis, Pisceans will always be there to help out, even if it they have to go out of their way. Friends of a Pisces can count on the Fish to stand by them, no matter what the issue is.

These people won't hesitate to express their feelings to those that they love. They will demonstrate their thoughts through creative pursuits, such as songs or poems for those that they care for. A good relationship with a Pisces requires strong communication and reciprocation of their feelings.

As the symbol of Pisces is two fish swimming in opposite directions, the career of a Pisces must be balanced. They require both freedom and security in their endeavors. Being ruled by the zodiac's twelfth house, dreams, creativity, and healing are main factors in the life of a Pisces. These people appreciate the arts deeply even if they aren't an artist themselves. They love to bring their imaginations into the material world, especially in fields such as fashion and photography.

Pisceans bring a rare creative touch into the workplace. As a boss, these people treat their workers with humanity and compassion. This may blur the bondaries between professional and personal, so it's important that Pisceans aren't too nice to others. Some Pisceans don't like authority, but they may have been given responsibility due to their sensible nature.

People born under this sign are ultimately leaders "for the people." They may be proficient agents or advocates for others. They have huge hearts and very much thrive in educational and non-profit fields. Solitude is also important to this sign, so some Pisceans may be found in quiet cubicles. Nevertheless, their natural hospitality and warmth make them well-liked in the workplace.

In terms of money, Pisceans don't give it too much thought. They are more concerned with their dreams and goals, but the Fish will try to make enough money so that they can achieve their goals. There are to sides to the Pisces in money - they will spend a lot of money without much thought, but also will be very stingy in some circumstances. In the end, though, there will always be enough money for these people to live a normal life.

Overall, Pisceans need a career that allows them to channel their imagination and affect the lives of others. They are willing to help others even if it goes past their boundaries.

Stay Connected with Us!